New Release ‘U Want Me’ – out Now!  Available on Spotify, ITunes, Apple Music Store, Amazon and all other major platforms. 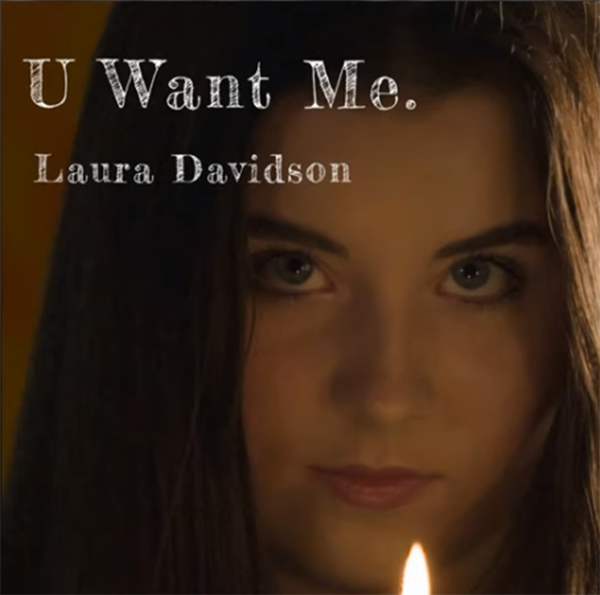 18 year old singer-songwriter Laura Davidson brings her own slant to modern pop music. You’ll be hooked from the start on her sugar sweet voice, matching her distinct attitude.

Her clean, upbeat sound, inspired by the likes of Dua Lipa and Britney Spears, brings a unique, moody vibe to influence a new market segment. Having had previous releases via Warner Music Russia and Soave Records, Laura’s music has amassed over 500,000 streams on Spotify alone, coupled with strong support from BBC Introducing and she has even appeared on BBC TV World News.

Laura, a former British chess champion multiple times over, has represented England all over the world.

Laura has worked hard over the past two years with high level producers and topliners to redefine and adapt her sound to connect with a new audience. Her current collaborators have credits that include: Ed Sheeran, Shawn Mendes, Mabel and Joel Corry, amongst others.

This website uses cookies to improve your experience while you navigate through the website. These cookies are necessary and are stored on your browser as they are essential for the working of basic functionalities of the website.We do not use any cookies to gather information about you.

We do use cookies to gather information about the number of visitors to the site but this does NOT identify you individually.
Necessary Always Enabled
Necessary cookies are absolutely essential for the website to function properly. This category only includes cookies that ensures basic functionalities and security features of the website. These cookies do not store any personal information.
SAVE & ACCEPT
Go to Top